Each year, nearly all of Maine’s credit unions participate in the Maine Credit Unions’ 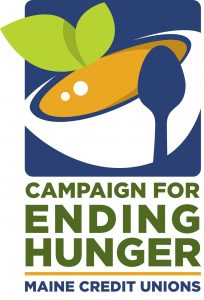 Campaign for Ending Hunger.  Since 1990, the year that this collective effort began, Maine’s credit unions have raised and distributed more than $8.5 million to help end hunger in Maine.

About Hunger in Maine

You are now leaving the Maine Highlands Federal Credit Union (MHFCU) website. When you click on Proceed, you will be transferred to a website that is not operated by the credit union. MHFCU is not responsible for the content on the alternate site. MHFCU does not represent the third party or the member if the two enter into a transaction. Privacy, security, and accessibility policies of the alternate site may differ from those practiced by the credit union.